join us at a Welcome Call 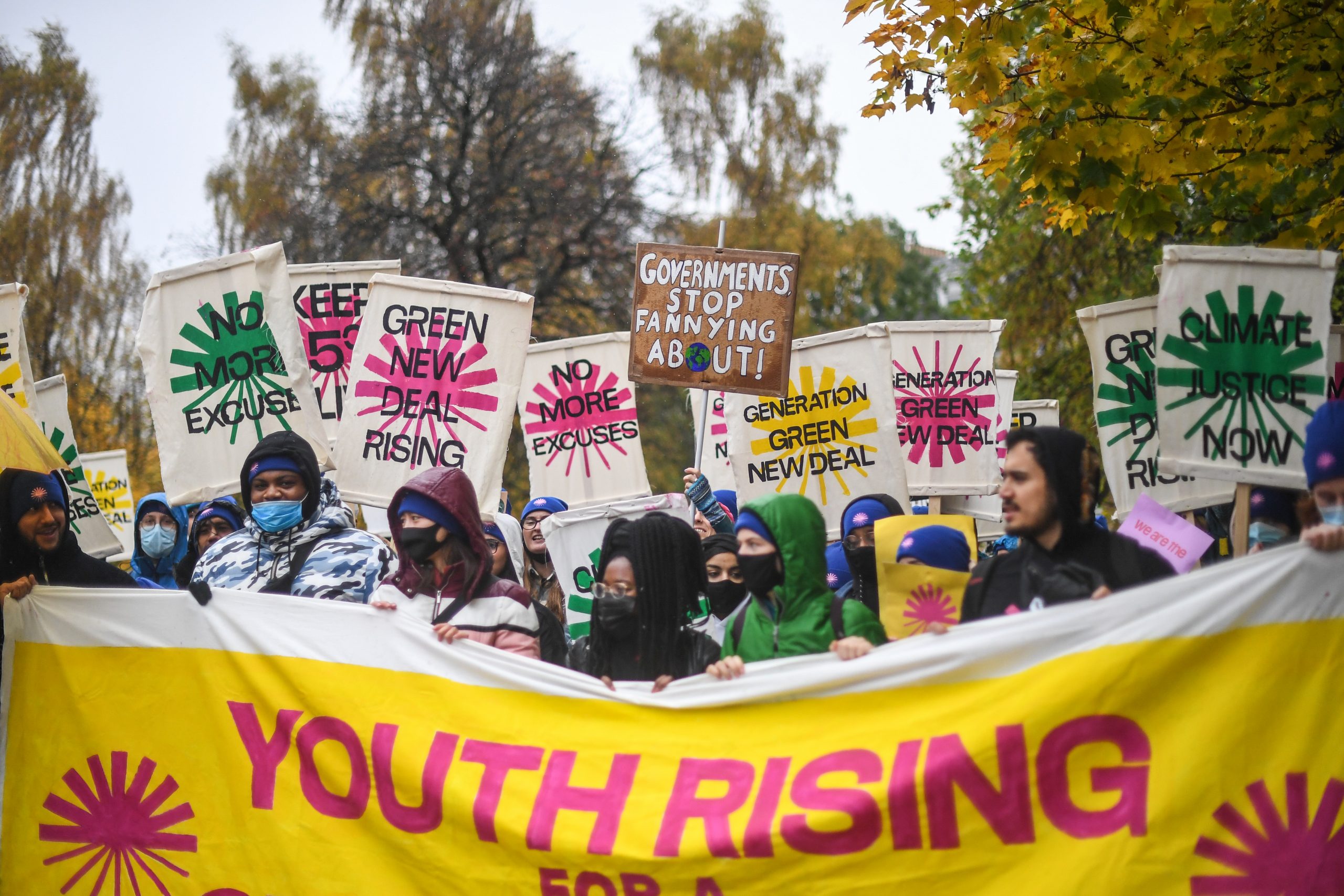 this year is going to be even bigger

2022 was a huge year for GNDR. But this year our movement will be everywhere.

We have to be bold and ambitious, because we don’t have time to waste.  People are freezing in cold homes with staggering bills. This Government is endangering migrants trying to seek a better life. Our NHS is at breaking point and teachers, nurses, railway workers and posties are struggling to make ends meet.

The Sunaks and Suella’s are doing everything they can to keep people poor, hungry, homeless and in debt.  But even as they try to hold us down, it’s clear that the Tories are on the rocks. Every week there’s a new poll that shows they will be out of power at the next election.

That’s why we must focus on getting opposition parties signed up to as much of the Green New Deal as we can and then get them elected on that mandate.

We will keep disrupting the political system until these decision-makers face up to the scale of the climate crisis. We will leave them with nowhere to hide, asking again and again – are you with us or are you against us?

When elections start to come into view, politicians can be held accountable, and pushed to act in our interests.  They are fighting for our votes and our support and so now is the time to target them and push them for all they are worth.  We have two years to win as much of our ambitious programme for Government as we can before we move to our next strategy.

At the same time we will massively expand our organising – going all over the UK and talking to everybody we can. We know there is already a massive demand for big, bold action on the climate crisis and our broken economy. We just need to turn that demand into a huge majority for the Green New Deal.

We’ll be in the streets, in headlines, in party manifestos and in politicians’ heads (rent free).

so this year we’ll grow our movement, change the agenda, and win champions

we need to grow our movement

We know that we can’t rely on any political leader to do exactly what we want, even if they are elected on our manifesto. That’s why we need a political army of our own, to hold them to account at the ballot box and for the years following.

We’ve achieved incredible things together so far, but to hit our goals, we need to double the size of this movement in 2023.

This means building out volunteer teams at the heart of our GND Rising, launching a new community canvassing programme that anyone, anywhere can get stuck into and holding a movement-wide gathering this summer.

we need to change the agenda

Last year we shone a light on our Government, exposing their failures and cruel policies. But the writings on the wall for Sunak and the Tories – they can’t survive. This year, we’re turning our focus to the next government – that means piling the pressure on Labour and the SNP.  It’s time to put Starmer and Sturgeon in the spotlight. We need to make sure that there is an opposition in place who is feeling the heat from our movement as they get closer to writing their manifestos for the next election.

That’s why this year we are going to go all out to put pressure on the Labour party and the SNP in ways they won’t be able to ignore.

Both Starmer and Sturgeon have made some promising noises on the Green New Deal but they still fall short on the crucial commitments we know we need to transform this country. We must send a clear message to opposition parties that we won’t settle for luke-warm policy on the things that matter most – good housing, jobs, healthcare, water and the climate.

So we are going to show up wherever they are. This Spring we’re launching campaigns on the SNP and Labour.  These leaders won’t get a moment’s peace until they sign up to our manifesto demands for the Green New Deal in its entirety. From MP challenges to digital actions, disruptive interventions and infiltrations of their fancy events, we won’t stop until we win.

we need to win champions

With our movement outside building in strength and skill, we also need a movement on the inside, who can take our fight to the heart of the political establishment.  That’s why we are fighting to elect a squad of GND Champions to make serious moves in the next Parliament. Nadia Whittome MP, Zarah Sultana MP and candidates like Miatta Fahnbulleh are just some of the people to do it.

We also know that to have the political leadership we deserve we have to turn up, turn out and win it ourselves.  So we will be hosting mass canvassing sessions up and down the country to build power in key marginal seats and make sure that come 2024, there’s a powerful bloc of GND champions in parliament fighting for our demands.

you in? join a welcome call